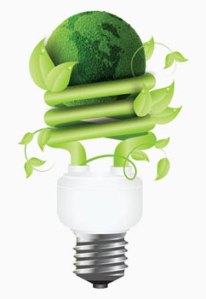 India’s substantial and sustained economic growth over the years is placing enormous demand on its energy resources. Inspite of the substantial increase in installed electricity capacity in India, demand has outstripped supply. Thus, there is an emerging energy supply demand imbalance. This is a major reason for which promoting clean (renewable) energy in India has assumed great importance in recent years in view of high growth rate of energy consumption, high share of coal in domestic energy demand, heavy dependence on imports for meeting demands for petroleum fuels and volatility of world oil market. A number of renewable energy technologies (RETs) are now well established in the country. The technology that has achieved the most dramatic growth rate and success is wind energy; India ranks fourth in the world in terms of total installed capacity. India hosts the world’s largest small gasifier programme and second largest biogas programme. After many years of slow growth, demand for solar water heaters appears to be gaining momentum. Small hydro has been growing in India at a slow but steady pace. Installation of some of the technologies appears to have slowed down in recent years; these include improved cooking stoves (ICSs). However, in the solar photovoltaic (PV) and solar based power generation sector, India has been making remarkable progress in the last two years due to the creation of conducive environment for investment as well as relatively pro-development government policies and regulations.

In spite of these successes, the overall growth of renewable energy in India has remained rather slow. Significant barriers to renewable energy development remain in India. Given the high upfront capital costs of renewable energy technologies, financial barriers are substantial. But nonfinancial barriers are equally important in limiting the growth of renewable energy. Barriers can be grouped into three categories: financial viability, support infrastructure, and regulatory approval. A number of factors are likely to boost the future prospects of renewable energy in the country; these include global pressure and voluntary targets for greenhouse gas emission reduction, a possible future oil crisis, intensification of rural electrification program, import of hydropower from neighboring countries, focusing on energy efficiency as a distinctive market segment and lastly introducing a more robust and sustainable financing in the cleantech sector, which can be made available to promoters and developers of RETs against a performance based market mechanism. And, this is the bottom-line for renewable energy development in India.

Therefore, it is felt that the country needs a new set of strategies and approaches for cleantech development and promotion in India. Currently, there are good numbers of visions in place, including the vision of 100% Renewable Energy Scenario (REN) for India by the middle of the century against a reference scenario in which the economy is likely to be dependent primarily on fossil fuels – coal, oil and gas. But this type of vision also needs short term pragmatic workplan, which could help the country to meet the current needs and demand. Energy is central to achieving the interrelated economic, social, and environmental aims of sustainable human development. if India is to realize this important goal, the kinds of energy India produces and the ways it uses them will have to change. Otherwise, environmental damage will accelerate, inequity will increase, and economic growth will be jeopardized.

It will be timely to the current government to address these issues.

Keshav is a trained environmentalist in the field of agriculture, renewable energy and forestry. He has worked on climate change mitigation under India's Department for International Development (DFID), and the Department for Environment Food and Rural Affairs (DEFRA), and has supported pioneering carbon market projects successfully developing AR-CDM projects in south East Asia. Until 2007, Keshav headed climate change mitigation and adaptation research at the Global Warming Institute of Amity University, India and later joined the Delhi offfice of CantorCo2e. He now oversees business operations for CTG in India. View all posts by keshavcdas