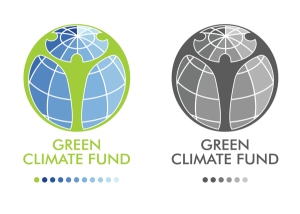 Result Based Financing (RBF) was a new addition to the REDD+ domain, incorporated during COP.19 under the Warsaw Framework for REDD+. This new set of financing instruments is designed for disbursing payment against pre-determined performance indicators (both carbon and non-carbon benefits and performance). However, the Warsaw Framework does not address non-carbon benefits of REDD+ or provide methodological guidance on non-market-based approaches for defining performance indicators while implementing REDD+ program interventions. Parties continued discussions of these aspects of REDD+ at the 40th session of the Subsidiary Bodies to the UNFCCC (SB 40) as well as during the meetings of Subsidiary Body for Scientific and Technological Advice (SBSTA). Unfortunately, there is very little progress on this agenda item, and further consideration of these issues was postponed to future sessions. Encouragingly, there are a few promising progresses with respect to the modality of the result based financing of REDD+, which is expected to be linked to the Green Climate Fund (GCF). The key development on this financing modality is presented below.

The board meeting of GCF and UNFCCC’s meetings (SB, SBSTA, ADP etc.) did not create an enabling environment for motivating financial institutions (donor countries, UN funds, multi-laterals fund like FCPF etc.) to operate under a single umbrella of REDD+ finance. Rather, the FCF stated during it last board meeting that entities not beholden to the UNFCCC COP, however, can continue to operate as they please. The Forest Carbon Partnership Facility (FCPF), which was originally intended to sunset once the GCF became operational, has recently completed a methodological framework for its Carbon Fund based on its experience thus far, and there is no indication that the FCPF will twilight soon. Likewise, UN-REDD, at its recent policy board meeting, adopted a roadmap for the development of a new strategy beyond 2015. Meanwhile, the Food and Agriculture Organization of the UN (FAO) takes its own approach to REDD+, based on its Strategic Framework.

Donor countries also continue to offer REDD+ funds to developing forest countries through bilateral agreements, making their own stipulations as they do so. Norway, through its Climate and Forest Initiative, and Germany, through its REDD Early Movers Program, have taken this approach while REDD+ issues were being sorted under the UNFCCC. Despite the adoption of the Warsaw Framework, donor countries inclined to do so cannot be prevented from making bilateral deals under their own terms and conditions. The primary implication of having various scattered institutions distributing REDD+ finance is that developing countries, their capacity already stretched, have to follow different rules, produce different documents and reach different benchmarks depending on where they turn for REDD+ financing.

With this background, question marks surround the future of REDD+ financing. Some cooperative efforts, such as between UN-REDD and the FCPF, to consolidate financing are yielding positive results for REDD+ readiness, but as financing is scaled to move beyond the readiness and pilot programme phases, will cooperation and coordination efforts be scaled as well? Will the capitalization of the GCF lead to a convergence of REDD+ finance under the GCF?

There is no clear lead to find answers of these questions. The only hope is that parties agreed to continue considering these difficult questions (including the methodological issues related to non-carbon benefits) in 2015 at SBSTA’s 42nd session and to discuss non-market-based approaches at SBSTA 41, to be held in Lima, Peru (FCCC/SBSTA/2014/L.8).

Expectations are high for COP 20, which will convene in Lima, Peru, in December, as it is the last negotiating session of the COP before a new legal instrument is to be agreed in Paris in 2015. In Bonn, some developing countries expressed support for including REDD+ in the negotiations of a global agreement, in particular the inclusion of the Warsaw Framework for REDD+. Keeping Lima in mind, UNFCCC parties and the GCF can take a number of actions between now and Lima to build confidence in the efficacy and authority of the guidance created at COP 19. From capitalizing the GCF, to submitting reference levels, to completing the GCF’s “logic model and performance framework,” showing the Warsaw Framework in action will be the most expedient way to encourage convergence to its methodology.

Keshav is a trained environmentalist in the field of agriculture, renewable energy and forestry. He has worked on climate change mitigation under India's Department for International Development (DFID), and the Department for Environment Food and Rural Affairs (DEFRA), and has supported pioneering carbon market projects successfully developing AR-CDM projects in south East Asia. Until 2007, Keshav headed climate change mitigation and adaptation research at the Global Warming Institute of Amity University, India and later joined the Delhi offfice of CantorCo2e. He now oversees business operations for CTG in India. View all posts by keshavcdas